Are you ready for some … tennis?
No, Hank Williams won’t be belting out his iconic intro song to Monday Night Football when the Miami Open shifts from Key Biscayne to Hard Rock Stadium, home of the Miami Dolphins. Instead, from March 18-31, it will be the greatest tennis players in the world belting out smash hits of their own as the 35th Miami Open presented by Itau Unibanco settles into its newly renovated home. Tennis fans will no doubt miss the scenic drive past the colorful Miami skyline as they cross the Rickenbacker Causeway and onto idyllic Key Biscayne to reach the Tennis Center of Crandon Park, but thanks to Miami Dolphins owner Stephen M. Ross, the Miami Open will remain in South Florida and not relocate to South America or China as was predicted.

Ross is determined to maintain the Miami Open’s Glam Slam worldwide appeal as a global entertainment destination. “We are committed to bringing a best-in-class experience alongside IMG to all of the players, fans and partners that will take part in this global affair,” Ross said recently. “The opportunity to showcase the best tennis in the world in Hard Rock Stadium, a venue that brings together the best of culture, art and entertainment, will be an amazing experience for everyone involved.”

The Venue: Hard Rock Stadium
Ross has invested more than $60 million into converting the 65,000-seat football stadium into an elite tennis venue that will increase from 21 permanent hard courts to 30 -12 for tournament play (9 lit), three inside roomy stadiums and 18 practice courts. The permanent Grandstand added nearly 1,000 more seats.

The Stadium Court will seat 13,800 between the 30-yard lines with the excess seats blacked out to create an intimate experience. Fans can purchase access to the Dolphins’ 72 Club as well as 37 luxury suites, up from 26 at Crandon Park. Overall seating will increase from 25,062 to 30,185.

A plethora of ticket packages are available including single sessions day and evening as well as a tournament package for all 24 sessions with access to the grounds and Grandstand. Call 305-943-Open or consult the Miami Open website for the schedule and all of the mini-plans such as opening weekend flex, Final Four and a Grandstand package for the hard-core enthusiast.

The grounds will be stocked with spacious food courts, a rooftop deck and beer garden, souvenir stores like Lacoste and scrumptious fare from a variety of South Florida restaurants such as Novecento, Chifa, Kiki’s on the River, Casa Tua Cucina, Bourbon Street and more.

There are four giant LED video scoreboards inside the stadium and three on the grounds for viewing while dining, including a 90-foot wide by 40-foot tall screen attached to the outside of the stadium.

The players will be treated to plush locker rooms, a state-of-the-art gym and private dining areas that have tripled in size.

Tournament director James Blake, once ranked No. 4 in the world, is pumped up for the new and improved Miami Open. “We will have all the amenities one can possibly need for the fans including more variety in restaurants,” said Blake, who played in 12 Miami Opens where he reached the quarterfinals twice, only to lose to Roger Federer in 2006 and Rafael Nadal in 2008. “All the luxury boxes and ability we have to configure it with Hard Rock Stadium will be amazing for everyone involved.”

“We got a stadium that’s equipped to handle 60,000 people coming in every Sunday. They have a system in place, opening up an extra lane and there’s a convergence of a lot of highways to get into Hard Rock Stadium.”

Transportation: Getting around town
Whether out-of-towners are staying in hotels in Miami-Dade or Broward counties, they can fly into Miami International Airport (MIA) or Fort Lauderdale-Hollywood International Airport, both located about 17 miles from the Hard Rock Stadium.

Attendees can rent a car at the airport, take an Uber, Lyft or a cab, hop on the 297 bus from MIA for $3 or take an airport shuttle. The stadium is easily accessible from the Florida Turnpike.

The general admission parking cost is $25, if paid in advance. Spaces will increase from 2,500 to 5,166 in the Dolphins’ cavernous parking lot so that fans can simply stroll to the action rather than get bused in. The number of premium parking spots jumps from 2,043 to 3,061.

Players and fans are still close enough to enjoy Downtown Miami hotels, its restaurants, diverse culture and nightlife, as well as Coconut Grove, South Beach and the Wynwood Arts District and Miami Design District. Calder Casino is a lob away from Hard Rock Stadium while posh Aventura Mall is less than 25 miles away.

For basketball fans, the Miami Heat will host the Orlando Magic and Dallas Mavericks on March 26 and 28th respectively. During the tournament the Ultra Music Festival, Miami Music Week and the Deering Seafood Festival will be going full blast.

The Low Down: All the hype surrounding the 2019 Miami Open
The Miami Open is steeped in tennis history with legends of the sport competing year after year for a prestigious ATP Masters 1000 or WTA Premier Mandatory title. This year will be no exception as the iconic Big Three – Roger Federer, Novak Djokovic and Rafael Nadal – are feeling the footsteps of young guns such as charismatic Greek Stefanos Tsitsipas, Canadian southpaw Denis Shapovalov and German baseline basher Sasha Zverev.

Before 20-year-old, top-ranked Naomi Osaka – a Japanese native who grew up about ten miles from the Hard Rock Stadium in the Fort Lauderdale area – won her second consecutive Grand Slam title in Australia earlier this year, seven women other than the 37-year-old Williams had lifted major trophies.

Sloane Stephens, a native of nearby Plantation, Florida, is the last woman to win the Miami Open on Key Biscayne as the 2017 U.S. Open champion knocked off three former No. 1-ranked women in a row (Garbine Muguruza, Angelique Kerber and Victoria Azarenka) before her 7-6 (5), 6-1 victory over 2017 French Open champion Jelena Ostapenko. Of course, Williams will be back to shoot for record title No. 9.

Towering giant John Isner, the tour’s perennial ace leader, stunned the tennis world with his 14th title, but his first Masters 1000 crown with a thrilling, three-set victory over Zverev in last year’s final.

Djokovic, the slender Serb, was just beginning his comeback from elbow surgery in last year’s Miami Open, and was shocked in his first-round match. This is a different Djokovic, a clear-cut No. 1 again, who is 42-6 in Miami with a record six titles, as he comes in the prohibitive favorite after capturing his third consecutive Grand Slam title Down Under, giving him 15 – two behind Nadal and five behind Federer, the all-time leader with 20.

Blake believes the international tournament will still retain its emotional Latin flavor especially when the South American visitors cheer on their compatriots.

“I think the South American fans are so passionate and if they see Juan Martin del Potro or Diego Schwartzman do really well, we will have really big crowds,” Blake said. “I remember those times as an American, feeling like an underdog when I played a Brazilian.”

The Bryan twins, winners of five Miami Opens including 2018, and the all-time winningest doubles team will return as will defending women doubles champs CoCo Vandeweghe and Ashleigh Barty.

So, if you want to get a close-up look at the greatest tennis players in the world, check out the Miami Open at Hard Rock Stadium, the site of next year’s Super Bowl LIV!

Volunteer for an Experience You Will Never Forget!
Volunteer for the Miami Open and you can be a part of tennis history by helping with player transport, outside court usher, stadium ambassadors, and more. Take home an official Miami Open Lacoste uniform, 10 complimentary tickets and some pretty amazing memories. Visit miamiopen.com/volunteers. 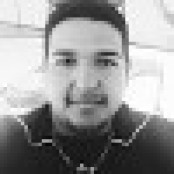